Watch this video and read this story on the recently completed Force Main Rehabilitation at Embarcadero & Jackson Improvements Project!

These upgrades included construction of new sewer junction structures along the Embarcadero, rehabilitation of approximately 190 linear feet of the North Shore Force Main via slip lining a 28-inch diameter pipe underneath the Embarcadero to newly constructed structures, and rehabilitation of an additional 50 linear feet of sewer underneath the Jackson Street combined sewer discharge structure. Construction of a new valve and controls vault will enable wastewater management staff to improved ability to direct combine sewage flows. 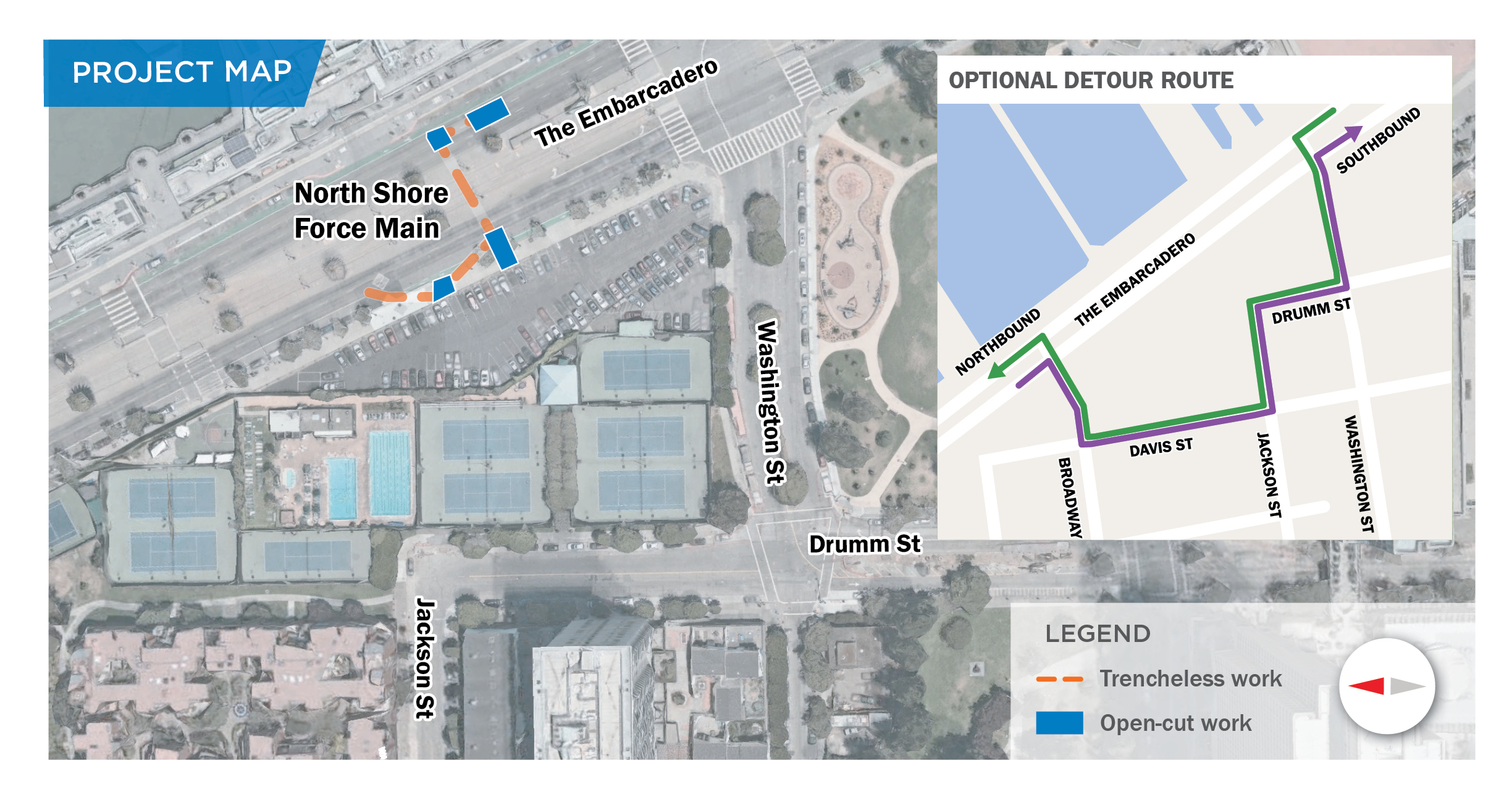 See the location of the project and optional detour routes.