This project will comprise concepts developed through the 2012 Ocean Beach Master Plan (Master Plan) and follow on documents including the Coastal Protection Measures and Management Strategy for South Ocean Beach (2015) and the Ocean Beach Open Space Landscape Design (2017). Project elements include managed retreat, structural protection, access and recreation improvements, and beach nourishment through the placement of sand. In addition, this project will remove existing shoreline armoring placed during large storms by the City and County of San Francisco (the city) to protect the Great Highway and critical San Francisco Public Utilities Commission (SFPUC) wastewater infrastructure. On behalf of the City, the SFPUC is leading the efforts to implement two of the six key moves identified in the Master Plan (see below) that focus on chronic shoreline erosion at Ocean Beach between Sloat Boulevard and Fort Funston. These two key moves make up the elements of the San Francisco Ocean Beach Climate Change Adaptation Project (Project). For more information on other projects in the area, please visit the sfplanning.org/ocean-beach. 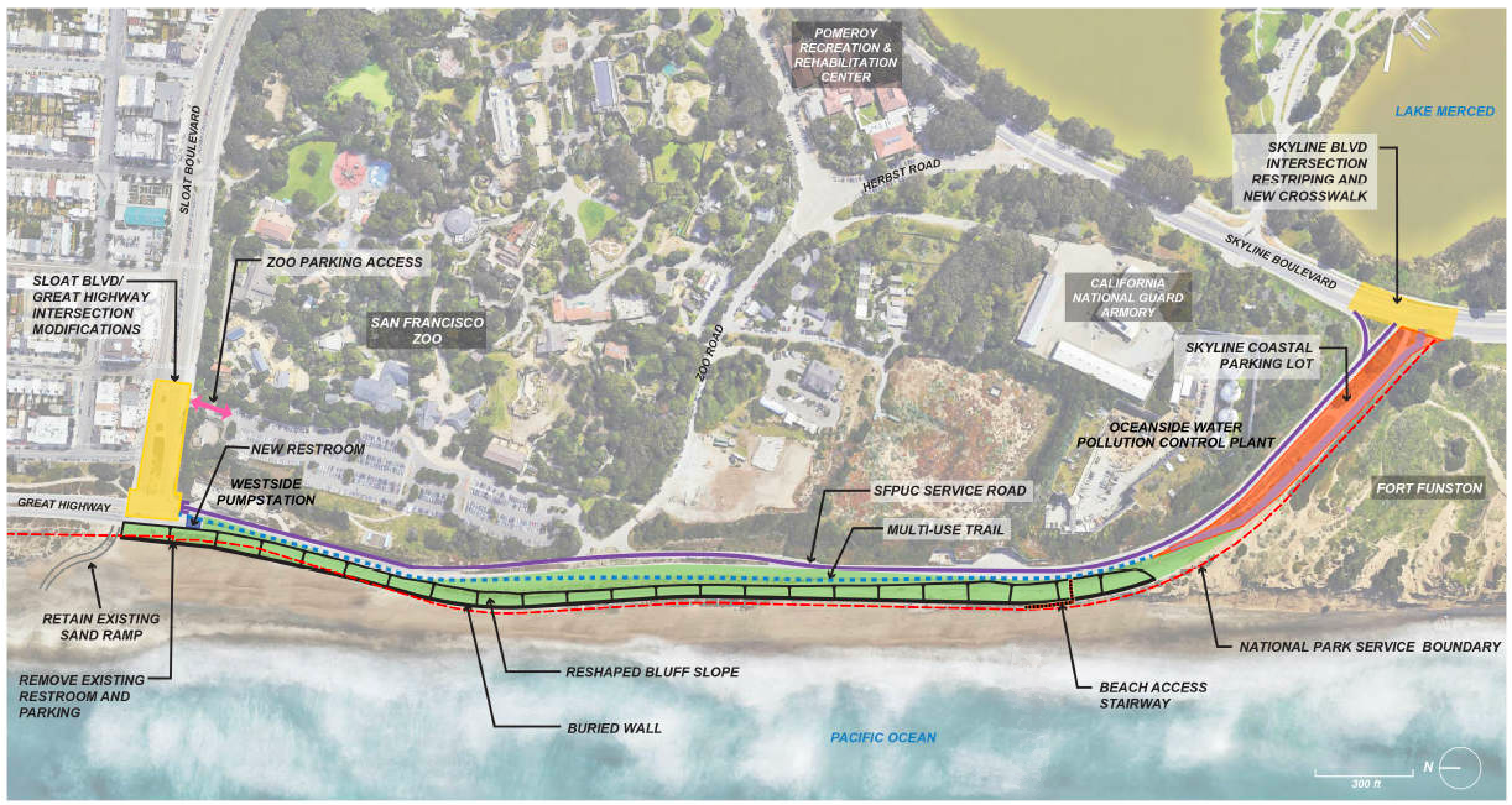