Scheduled night work continues at Fillmore Street and Geary Boulevard. Thank you for your patience and support as we improve the resiliency of your water delivery system.

San Francisco built Pulgas Water Temple as a monument to the engineering marvel that brought Hetch Hetchy water more than 160 miles across California from the Sierra Nevada Mountains to the Bay Area. The Hetch Hetchy Project took 24 years to build through the Great Depression at a cost of $102 million.

On October 28, 1934, the roar of Hetch Hetchy mountain water greeted everyone gathered at Pulgas Water Temple to celebrate its arrival. With vivid memories of the fire that had raged unchecked after the Great Earthquake of 1906, the city rejoiced in its new secure, plentiful supply of high quality drinking water. The frieze above the columns expresses the city’s joyful relief: “I give waters in the wilderness and rivers in the desert, to give drink to my people.” 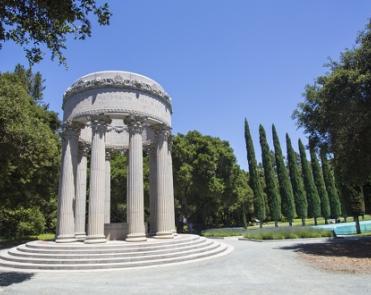 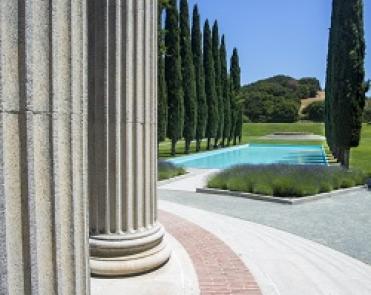 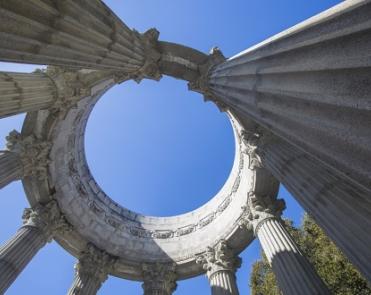 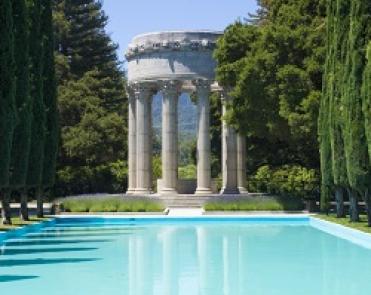 How to Get There

The Pulgas Water Temple is located about one-half mile south of the Cañada Road trailhead. To get there, take Interstate 280 to the Edgewood Road exit. Proceed west on Edgewood Road to Cañada Road, then north on Cañada Road approximately two miles to the temple.